Another Mexican Photo Post, most of the pics are after the break. (All photos copyright D.W. Drang and the Cluemeter.)

So, all-inclusive resorts are pretty cool,the food was pretty good, just wander up to the beach bar and grab a mojito.  Or, you know, the staff comes by and brings you one in your cabana.

We were staying at a place just south of Puerto Morelos, which is between Cancun and Playa del Carmen. The Mesoamerican Barrier Reef (AKA the Great Mayan Reef) is just offshore; we were told repeatedly that Jacques Cousteau had called it the second best SCUBA Diving and snorkeling spot in the world.

We made plans to visit Chichen Itza, but the morning we were supposed to go we had some medical problems and so did not. Guess we'll have to go back. There are other Mayan sites as well. Didn't do any of those, either. Maybe if/when we go back... 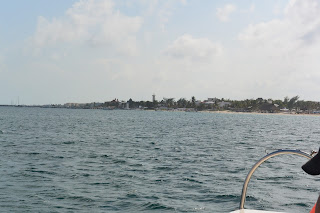 We did go snorkeling, of course.

I won't speak to Monsieur Cousteau's alleged statement about the relative value of this site versus others, based on one trip, but I enjoyed myself. 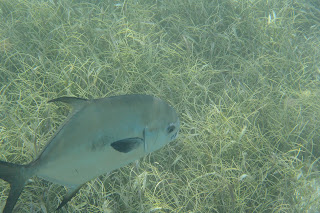 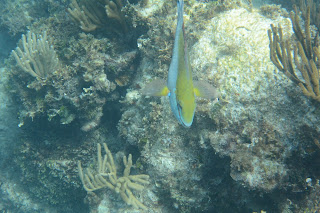 We also visited XCaret, an "eco-archaeological park". It features natural, cultural, and ethnic exhibits, and I was afraid it was going to be pretty cheesy. it wasn't, although its hard to describe an exhibit in which you float down an artificial underground river without it sounding, well, pretty cheesy.

We missed the Mayan ball game. (Sans sacrificing the captain of one of the teams. I always heard it was the captain of the losing side, but a few years ago someone started theorizing it was the winner, who would be more pleasing to the gods, or something...) 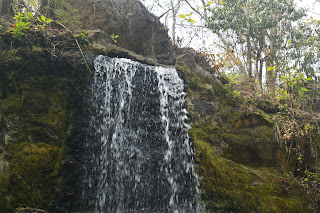 The park is open until late, we didn't go until the day before we went home, though, and were tired enough we skipped a lot of the exhibits. So, I guess maybe if/when we go back, in addition to Chichen Itza we'll go back to catch the Mayan Ball Game, and give Mrs. Drang a chance to spend more time swapping technical pointers with the fiber artists at the Mayan Village crafts demonstration.

Plus, maybe the (real) jaguars and mountain lions will come out of the shade and be a little more photogenic. We left the aviary, as well, although we did see these guys:


The biggest problem with visiting the Yucatan Peninsula for us is the fact that getting there is an all-day affair. We were waiting at the ticket counter to check in at SEA when it opened, and arrived at the resort at about 7 PM, Eastern Time. Customs and Immigration at CUN took several hours; we made the mistake of arriving on Saturday, which is the major time share resort turnover day, and there were probably 7 other flights being processed at the same time.

We had been told that the resort we were staying at did not provide transportation, and to rent a car. Driving in this area was not a big deal, except that signage for the resort was missing at a critical point and we wound up driving around in circles for an hour or so, resulting in our late arrival. Pus, it turns out that the resort would have come and got us. Now we know--call the resort when making arrangements, to check these things.

We left the resort a week later at about 8:30, and arrived at home shortly before 10 PM Pacific Daylight Time. Customs and immigration at HOU was more efficient than in CUN, but to be fair, HOU is a bigger airport and they were not processing as many other flights. OTOH, the TSA checkpoint for international transfers does not do Pre-Check, which is slightly annoying, although again, it was not really busy enough for it to be horrible.
Email ThisBlogThis!Share to TwitterShare to FacebookShare to Pinterest
Posted by Drang at 23:17

Looks good, but I'm staying out of Mexico for the foreseeable future!

Believe me, I researched it. Stay away from the border areas and you should be OK.
Police presence in the Yucatan is not as high as it was in Mazatlan, but they are taking no chances, either.

We were intending to go there in '89 when the hurricane (Gilbert?) hit Cozumel and made such a mess they had to rebuild everything, so we went to Guatemala to see Tikal and the pyramids instead. Not sure it was a great decision since Guatemala was having real problems. At one stopping-point, at the intersection of three country roads, there was a manned .30 M1919 on a tripod surrounded by sand-bags. Later we found-out that an American who ran a hotel in Flores and helped us change money was killed by "somebody"...